Communities Join Together On Green Wedge 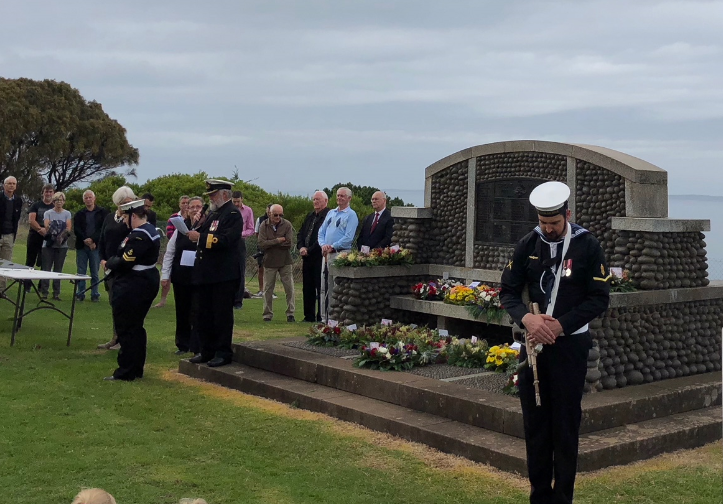 This year’s Anzac Day Ceremony in Flinders, organised by the Flinders sub branch of the RSL, attracted over 350 people.

Overseen by Master of Ceremonies, Tim Wood, the service commenced in the Flinders Hall with an address by Russell Joseph representing the local State member, Hon Martin Dixon.

Commander Michael Oborn from the Royal Australian Navy was then invited on to the stage to commemorate the eternal sacrifice of men and women from all services during past conflicts; and was followed by Air Commodore Bill Belton AM (Retd) who recited the Requim. Matilda Trahair and Tom Crowe recited a poem dedicated to the memory of fallen soldiers; and William Clancy AM recited ‘In Flanders Fields’.

Following the conclusion of formalities in the hall, the assembled crowd moved outside on to Cook Street and progressed up the hill to the Flinders War Memorial for the wreath laying. Led by a young drummer, the procession was met at the Memorial by a small contingent from HMAS Cerebus. Wreaths, prepared the previous day by local volunteers, were them laid at the Memorial. With WesternPort Bay as the backdrop and in near perfect conditions, Reverend Christine Barren delivered a closing prayer and Jane Varkulevicius recited the Ode of Remembrance before the reveille was sounded by Eric Budd following a minute’s silence.

Well done to the Flinders RSL for a well organised and moving Anzac Day ceremony.