Gunnery Opens Its Gates to Residents 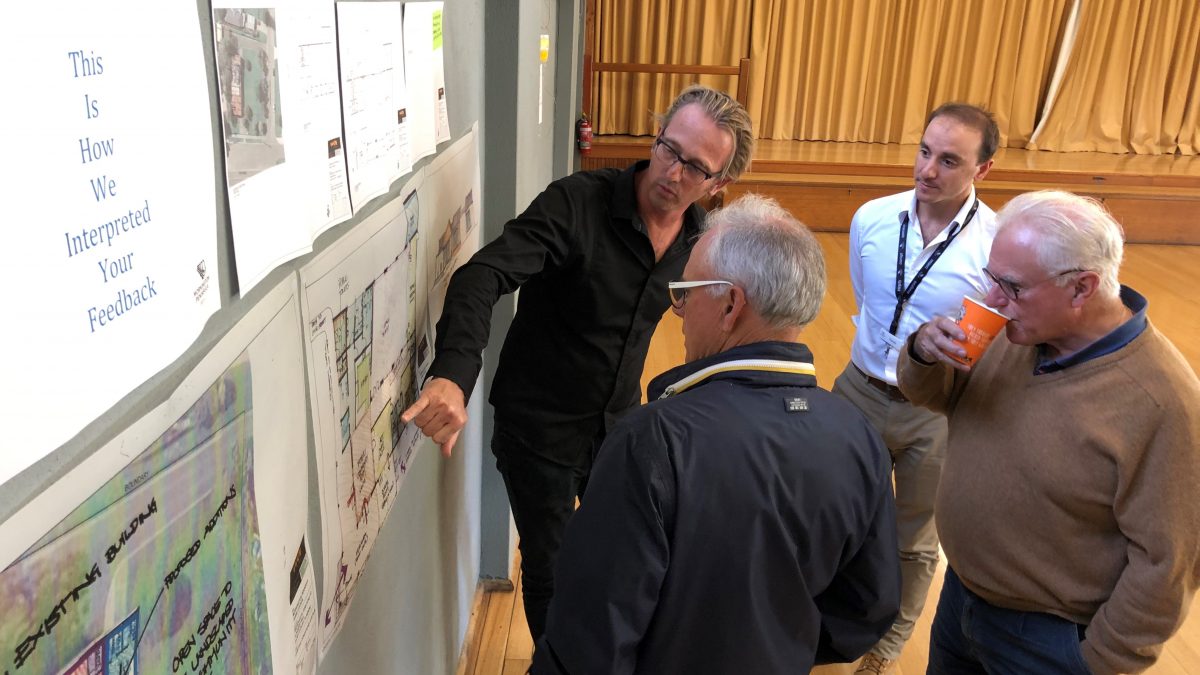 Around 40 local residents turned out on the evening of Wednesday 13 February to see the Council’s conceptual plans for the Flinders Civic Hall.

The informal drop-in session followed a community consultation process undertaken by the Mornington Peninsula Shire in 2018, catalysed by the FCA’s survey which ranked the hall alongside toilets in the park as important infrastructure priorities.

The information session was attended by shire staff including the consulting architect. Also in attendance was Mayor David Gill, who listened to feedback from residents on a range of other community issues.

While presenting the drawings and explaining the design rationale, Shire staff emphasised that the plans were conceptual; and all feedback and suggestions provided during the drop-in session will be taken away and assessed.

In summary, the presented plans featured externally accessible toilets attached to the hall for use by people using the park across the road; extension of the existing hall structure to include meeting rooms; and modernisation of the facade to better integrate its appearance into the prevailing architectural character found in Flinders.

Mornington Peninsula Shire is expected to hold a further consultation meeting at a future date. As soon as the FCA is informed, details will be posted on this website.

The Shire’s conceptual plans for the hall can be viewed here: Flinders Hall Conceptual Plans