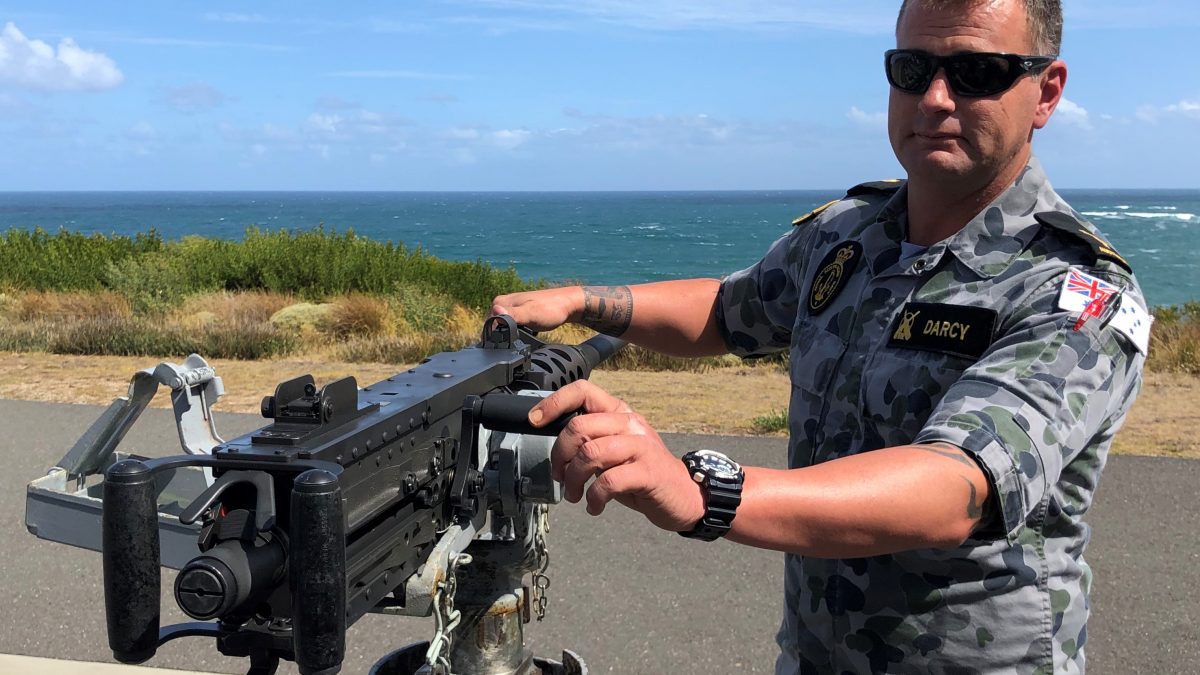 Gunnery Opens Its Gates to Residents

On a blustery Tuesday in March, 50 members and friends of the Flinders community assembled at the West Head Gunnery for a tour of the Navy’s training facilities. West Head is one of the few operations left in the world that can train defence personnel in naval armaments from a coastal location; and around 1,000 young sailors pass through the facility each year.

Lieutenant Commander Peter Arnold explained to guests that firings are limited to daylight hours between 9.00am and 3.30pm Monday to Friday; and over the years improvement to the accuracy of firings has reduced the exclusion zone to 16 nautical miles across the sea; and a ceiling height of 55,000 feet for overhead aircraft. A recent environmental study found that even after years of firings, no contamination has been detected in the surrounding water or the muddy seabed where most of the armaments fall.

Visitors were then equipped with hearing protection and given the opportunity to witness first-hand several of the guns being fired; followed by a tour of the control room and firing bridge to observe the stringent safety protocols that are followed by all trainees.

The visit concluded with a generous afternoon tea to celebrate the 60th Anniversary since the establishment of the base. In Navy tradition, a large cake was ceremoniously cut by both Lieutenant Commander Arnold as the most senior officer on the base; together with Able Seaman Gray as the newest and youngest recruit.

Firing times are displayed in the window of the Flinders General Store; the Flinders Post Office; and on the noticeboard of the Flinders Golf Club. During scheduled firings, a red signal flag is hoisted at the gates to the gunnery; and a flashing red beacon is activated on top of the training facility. During these times, all boats need to keep clear of the exclusion zone.